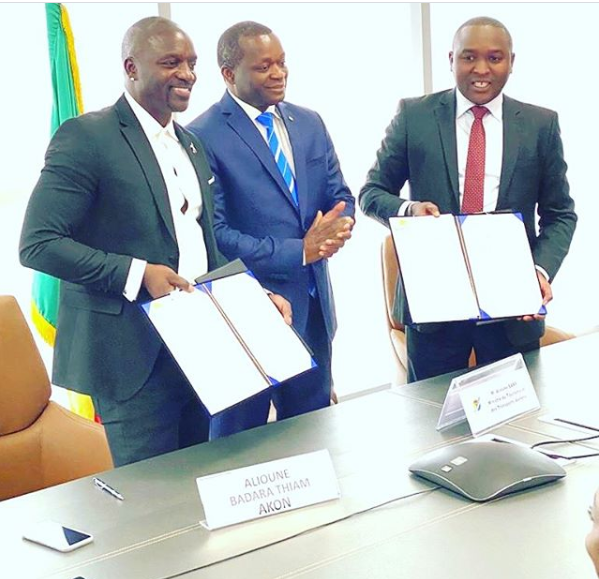 American-born Senegalese singer, Akon has finalized an agreement for the establishment of Akon City in his home country, Senegal.

The 46-year-old singer made the announcement via his social media accounts and shared a photo from the deal-finalizing moment. He wrote in his caption: ‘Just finalized the agreement for AKON CITY in Senegal. Looking forward to hosting you there in the future.’

This comes two months after Akon revealed he was building his own city which will be completed in 10-Years time.  According to the singer, he will use his cryptocurrency, ‘AKoin’ to build the city’s economy and the whole city will have its own airport for people to fly in and out.